JOHANNESBURG: Pacer Sisanda Magala and wicketkeeper-batsman Ryan Rickelton had been the brand new faces in South Africa’s 21-member squad introduced on Tuesday for the three-Test series towards India starting December 26.
Pacer Duanne Oliver, who final performed a Test in 2019, can also be again within the aspect to be led by Dean Elgar.
The seasoned tempo duo of Kagiso Rabada and Anrich Nortje too returned after being rested within the ODIs towards the Netherlands.
Glenton Stuurman and Prenelan Subraye have additionally made their method again into the workforce.
The first Test has been pushed again per week to begin on Boxing Day within the wake of a brand new COVID-19 variant detected in southern Africa. The growth threatened the entire series however each BCCI and Cricket South Africa labored collectively to make sure it goes forward.
CSA Convenor of Selectors, Victor Mpitsang stated: “This format is very important to CSA and keeping it relevant and alive is one of the organisation’s priorities. 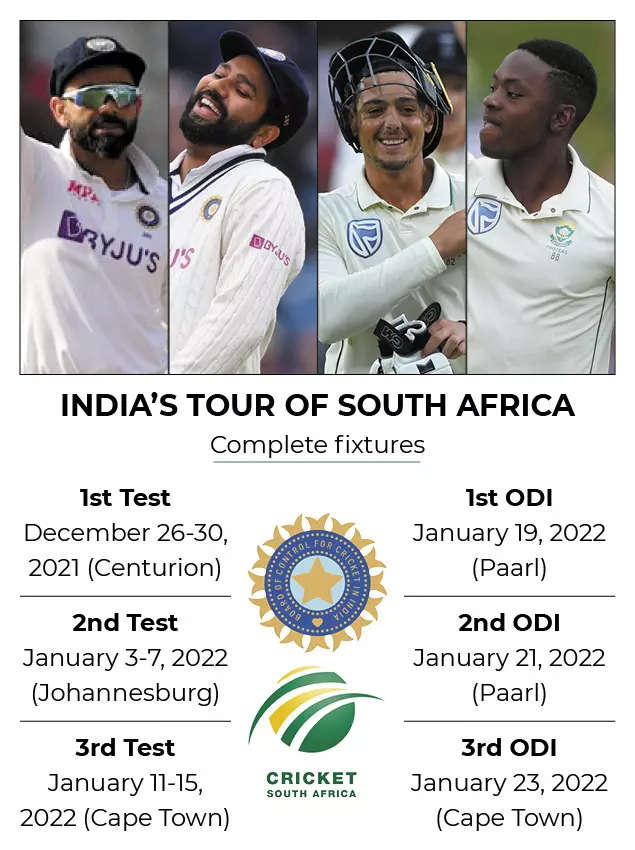 “We are actually wanting ahead to the return of Dean Elgar and his males, it has been an extended few months because the final time we noticed them dominate within the West Indies.
“We are confident in the team that we have selected and believe fully in backing the talent that we have unearthed and cultivated over the last couple of seasons and giving players the backing that they deserve when they have continuously done well over a significant period of time.”
The three-match rubber is a part of the World Test Championship and India will likely be aiming to safe their maiden series win in South Africa.
The first Test will likely be held in Centurion, second in Johannesburg from January 3 and third in Cape Town from January 11.
Three ODIs will likely be held after that and 4 T20s, which had been a part of the unique schedule, will likely be held later.
The CSA had introduced the revised series schedule on Monday.
Squad: Dean Elgar (captain), Temba Bavuma (vice-captain), Quinton de Kock (wicketkeeper), Kagiso Rabada, Sarel Erwee, Beuran Hendricks, George Linde, Keshav Maharaj, Lungi Ngidi, Aiden Markram, Wiaan Mulder, Anrich Nortje, Keegan Petersen, Rassie van der Dussen, Kyle Verreynne, Marco Jansen, Glenton Stuurman, Prenelan Subrayen, Sisanda Magala, Ryan Rickelton, Duanne Olivier